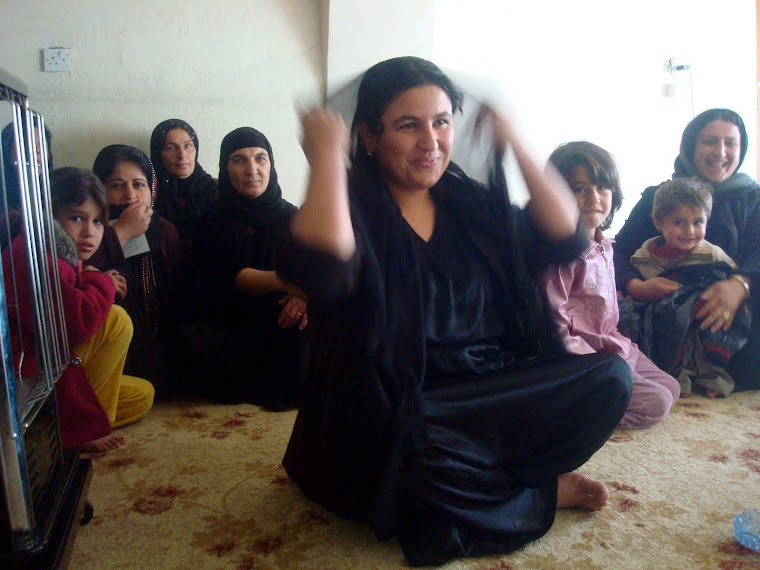 Trying to deconstruct and understand the Syrian conflict is a challenging task. Three months ago I was in Domiz refugee camp, in the northern Iraqi-Kurdistan province of Duhok. Mostly, Syrian Kurds, now the number on the camp is on the 62,000. By January 15th the number had gone to 72,480 and by February 20th, to 96,270. You can check the UNHCR-Iraq. At that time, I read several news articles, reports and had discussions with colleagues trying to understand the complexity of the conflict, its geo-politics and the mosaic of stakeholders. Now, as I go on my daily work in Iraq, I’m also trying to follow the Syrian crisis, especially, as the number of people crossing surge, and I can notice in restaurants and coffee places the increased number of Syrian workers here in Kurdistan.

The outcome of the Syrian conflict, as complicated and polarized as it is, will re-define the balance of power in the Middle East. At its best it will bring a free, pluralistic and democratic Syria; at its worst it could spill into violence for its neighbors; Iraq, Lebanon and even Iran.

History
Glen Robinson’s explains a bit of Syria’s history in his article Syria’s Long Civil War. Syrian borders were mainly based on the interest of colonial powers; therefore there is no real Syrian national identity. Allegiance is mostly based on ethnic or religious grounds.

Historically, Alawites were amongst the poorest Syrians and considered a heretical sect. French colonialism helped Alawites to go up. They were active military men and dominated Syrian politics in the beginning of the 1960’s.

The Players
The Syrian regime has a 25% of the population’s backing –Alawites and minorities. On one hand, the Alawite narrative- kill or be killed; Christians on the other hand fear a relegation to second class status under an islamist regime and Kurds firmly believe that hardline islamists will not be supportive of Kurdish rights.

The players on the armed conflict: Pro-Assad Syrian Army, Anti-Assad Free Syrian Army, with Kurdish PYD playing a prominent front in the Kurdish areas. A wide variety of groups or coalitions trying to unite opposition to get international recognition and international support in forming a transitional government once the regime is ousted. Various political groups, exile dissidents, academics and local coordination committees, inside and outside opposition figures form these coalitions.

The Sectarian Divide
The relevance of sectarian sentiment and class divisions has become increasingly apparent as the uprising intensified.
The Christians are caught in the crossfire; some of them supporting the regime, because it provides a safe, secular option; some supporting the revolution, and the end of the dictatorship.

I met Father Paolo, a Jesuit priest who lived in Syria for 30 years; he is an ardent advocate for social justice and the protection of the Syrian people. He was exiled by the regime for his support of the revolution. He says the problem is that “There is Alawites and Christians in the revolution, together with Kurdish and Druze and all kinds of Sunnites. The Sunnite is not one kind. There are Sufi people, Muslim Brothers, moderate people, liberals, Sunni Muslims, Salafite, extreme Salafism and Qaeda people. All this is too much to be called just Sunnis”.

There are two sides of the same coin: the revolution all over the country on one side and on the other side, the civil war in the west, where the Sunni villages and quarters in Homs, for example are contrasted by the villages or part of the town that are mainly Alawites, with other minorities. There is revolution all over the country, repressed by Assad’s regime violence, and the civil war, ongoing in the west. The risk is also a possibility of civil war for the Kurdish area; so we are talking about big risks.

Moaz Al-Khatib, a moderate Sunni preacher from Damascus was elected president of the coalition and two longtime dissidents Riad Seif and Souheir Atassi were named vice presidents. The coalition quickly won recognition as the sole representative of the Syrian people from France, the U.K., Spain, Italy, Turkey and Gulf Arab countries, which allowed the nascent group to place ambassadors there, a move that diminishes the Assad regime’s status as a sovereign entity.

The Syrian National Council (SNC)
As the most prominent political opposition calling for the end of the Assad regime, the Syrian National Council is brings together the Syrian Muslim Brotherhood, U.S. and European-based academics, and dissidents from Christian, Kurdish, and other minority backgrounds. The SNC has been the voice for the Syrian revolution in foreign capitals and at the U.N., though at times, internal spats and high-level resignations have tarnished its appeal. The SNC claims to have members working inside Syria, but its impact has been minimal and the group was never able to rally support and garner legitimacy on the ground.

The National Coordination Body for the Forces of Democratic Change(NCB)
The NCB has called for the end of the Assad regime but rejects Western intervention, putting it at odds with the SNC and others who seek help in establishing no-fly zones and humanitarian corridors. The NCB wants a transition toward a democratic Syria, under the principles of ‘no violence, no sectarianism, no intervention.’

The Kurdish Role in the Syrian Revolution
Kurdish view opposition as Arab nationalists and islamists. One of the Kurdish most influential parties (PYD) has been reluctant to confront the regime, prompting charges of supporting the regime. It is now fighting with FSA for control of Kurdish areas like Ras Al Ayn.

In July 2012, when the regime withdrew from Kurdish areas, PYD ousted the government officials from public buildings and established itself as in charge of Kurdish towns. PYD’s main Kurdish rival is the Kurdish National Council (KNC) sponsored by Barzani (Iraqi-Kurdistan President). The PYD and KNC’s respective regional patrons; PKK and Barzani’s KDP represent two predominant models of Kurdish nationalism and two competing paradigms for dealing with Turkey, which holds a big part of the “Kurdish homeland”. The Kurds are pulled between two forces: Barzani aims to consolidate a broad, Kurdish dominated area straddling the Iraqi-Syrian border, in his own interest to protect his growing economic relations with Turkey. Turkey fears implications of such an outcome in its own Kurdish population and in particular its impact on the PKK’s overall posture.

Many Kurds fear how the largely Sunni-Arab opposition will deal with them. The truth is that the Kurds don’t have but patches of territory along the north of Syria, making it difficult to claim an “autonomous Iraq-like region”.  The opinion remains divided, supporters of the revolution underscore the need to support a unified Syria; others say that borders where always artificial.

Kurds fate is resting with Syria and they must negotiate with them their role in the coming order and ensure respect for their basic rights. Father Paolo tells me: “To protect their political capacity of participation they need not to attack the Muslim dimension of the Syrian revolution.”

The UN, not assuming its international responsibility is watching as the escalation of the conflict and the civil war continues, while the US has also turned a blind eye, because it was concentrated on elections and because it says it does not want to arm rebels that could take it up against the US later. Syrian revolution has become inseparably tied up with regional power politics. Turkey, Qatar, Saudi Arabia, the USA, France, Iran, and Russia are all intimately involved in a struggle over Syria’s future, not to mention Lebanese political factions, Kurdish militias such as the PKK, PUK and KDP, and Islamist groups like the international Muslim Brotherhood, Hezbollah, and many others.

As I talked with Father Paolo, I can only admire his spirit, his commitment for non-violence and dialogue and to end the conflict. He says: “As Christians we don’t want civil war between Shia’a and Sunni. He adds. "I have offered my life for the future of this country, and I wish to stay in full solidarity with them; so I will come back." He is traveling everywhere to bring the attention to the Syrian conflict. Now in Iraq, he seeks to engage Kurds into the view of a unified, federal Syria. "The revolution in Syria should bring a pluralistic, democratic and federal Syria”. He told me that federalism is the healing of division, dividing Syria is not the solution.
Other Sources:
2012 Aron Lund; Divided they Stand: An overview of Syria's opposition factions